KARACHI: The MCC Preventive has seized 1.4 Kg of heroin and lodged an FIR against a person for attempting to transport narcotics through courier. Assistant Collector Wasif Malik supervised the entire operation.

According to details, an information was passed on by Zarrar bin Azmat, SPS (Administration), Drug Enforcement Cell, JIAP, Karachi to the Superintendent Preventive Service (SPS), to the effect that a suspicious courier package was present at the Gateway Office of M/s. DHL Express Couriers at Jinnah International Airport, Karachi which needed expert Customs inspection / examination before it is forwarded to the given overseas destination. 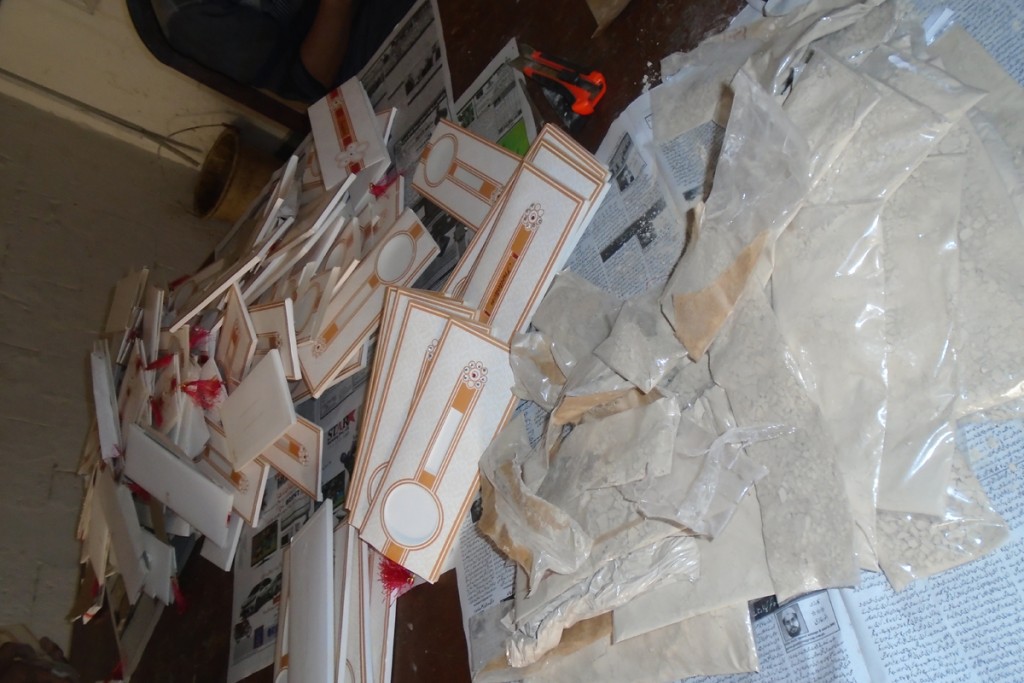 Scrutiny of the documents conducted by Zarrar Bin Azmat, IPS Javed Iqbal and LDC Jawaid Khawaja and Yaseen revealed that the box was booked by one Muhammmad Asif, in the name of M/S Maina International, Avtar Singh Sangha Consolidators, United Kindom and contents were declared as “wedding sample cards”.

Upon subsequent examination in presence of witnesses the box was found to contain 93 wedding cards whereas in the Invoice the number of cards was mentioned as 100. Since there was suspicion about the courier package, the contents were thoroughly examined which revealed that light brown heroin powder wrapped in small polythene bags was cleverly concealed in 24 wedding cards out of a total of 93 cards.

Upon testing with a “narcotics test kit”, it gave a positive result for Heroin. The narcotics concealed in wedding cards was recovered which was found to be 1400 grams (net) upon weighment.

The seized consignment was later on shifted to the office of the Drug Enforcement Cell, inside Air Freight Unit, JIAP Karachi. Efforts are afoot to apprehend the accused person involved in the offence. Further investigation is in progress.