KARACHI: The Federal Board of Revenue (FBR) has issued SRO 755(I)/2014 to allow repayment of customs duty on manufacturing and exports by M/s/ Sapphire Finishing Mills Limited, Karachi for the period January 7, 2013 to August 21, 2014.
The repayment is subjected to following conditions:
(i) the goods have been manufactured according to the formula duly furnished to the Federal Board of Revenue showing the quantity of various imported raw materials specified in column (1) of the said Table and used in the production or manufacture of the goods specified in column (2) thereof;
(ii) the manufacturer maintains proper record of the goods manufactured in accordance with the formula referred to in condition (i) and produces, on demand, such records and other evidence as may be required by the Federal Board of Revenue to satisfy itself that the imported raw materials have been used in accordance with the formula;
(iii) the manufactured goods are exported out of Pakistan and an application for repayment of customs-duties is presented to the proper officer of the Customs within two hundred and ten days of such exportation or of the publication of this notification or within one hundred and eighty days from the date of realization of foreign exchange as shown in the bank credit advice issued in accordance with the relevant regulations of the State Bank of Pakistan in force for the time being, whichever is later;
(iv) the exporter makes a declaration on the face of the original shipping bill or other export documents to the effect that he would claim repayment of the customs-duties paid on the imported raw materials used in the production or manufacture of the goods being exported; and
(v) the repayment of customs-duties at the rate specified shall be allowed provided that the goods exported are manufactured with the same constituents on which the rate of repayment is notified and the manufacturer-cum-exporter shall immediately intimate the Collector of Customs concerned, —
(a) any change in the prices of the imported raw materials;
(b) any change in the composition of the manufactured goods to be exported; and
(c) use of any indigenous raw materials in place of imported raw materials.
The FBR said that The repayment of customs-duties authorized by this notification shall be admissible in respect of goods exported between the period commencing from the 7th January, 2013, and ending on the 21st August, 2014. 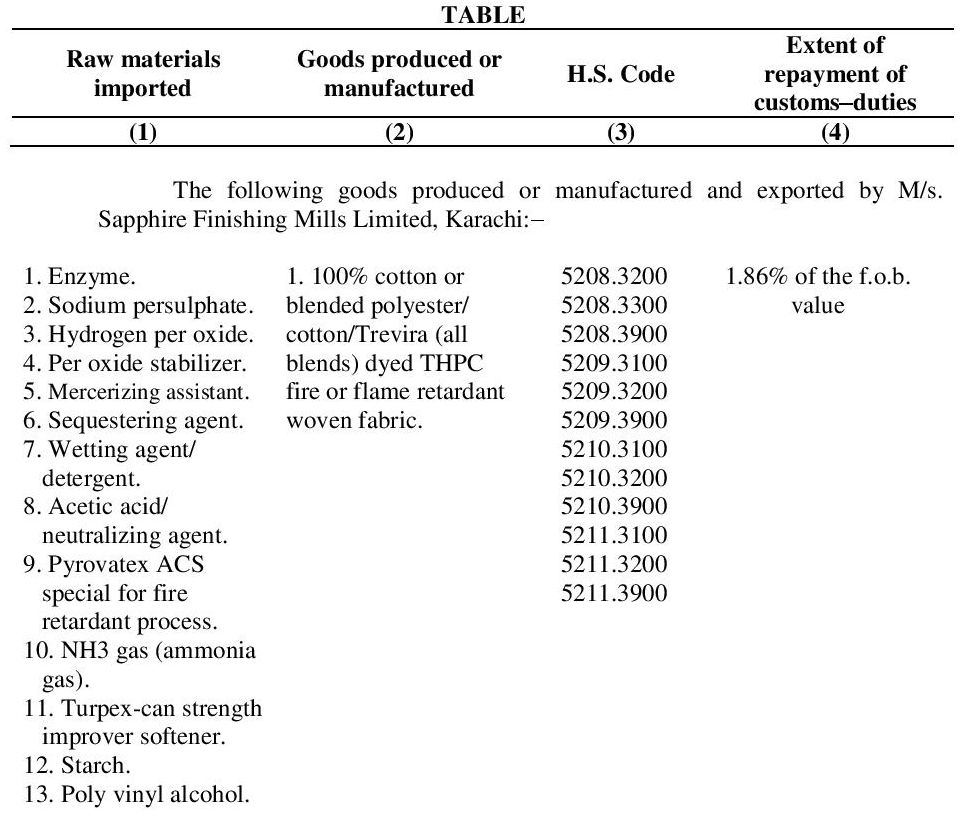 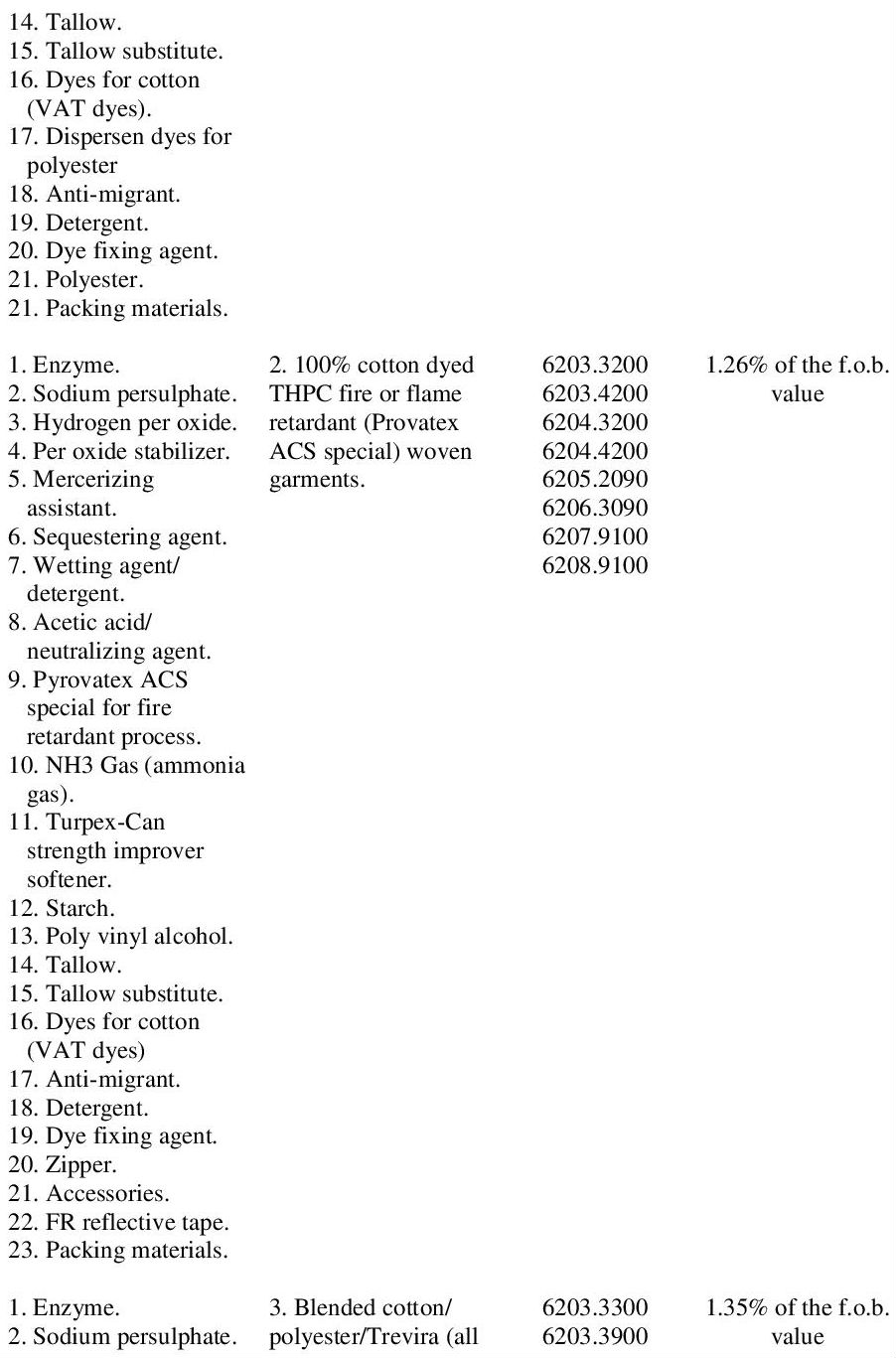 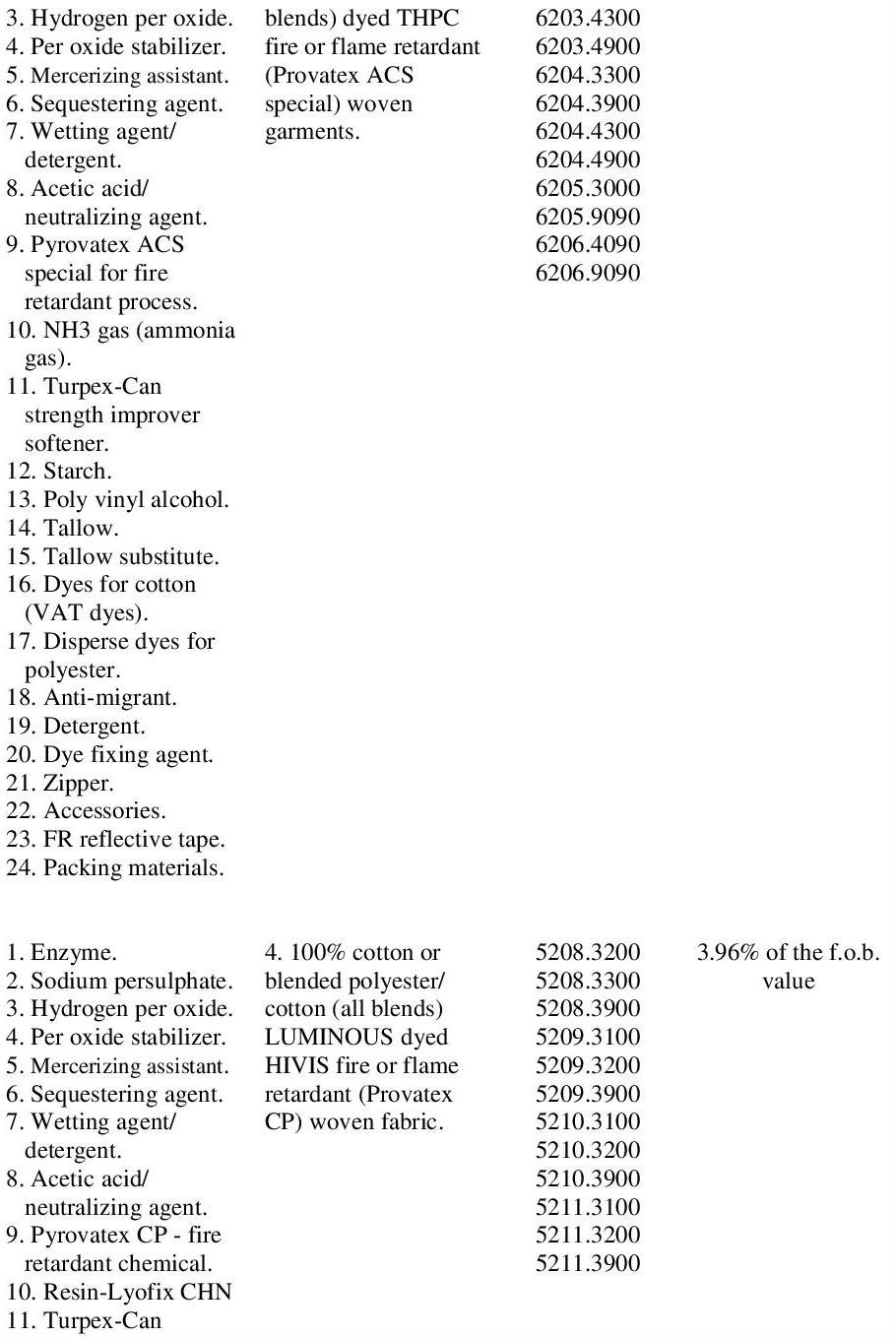 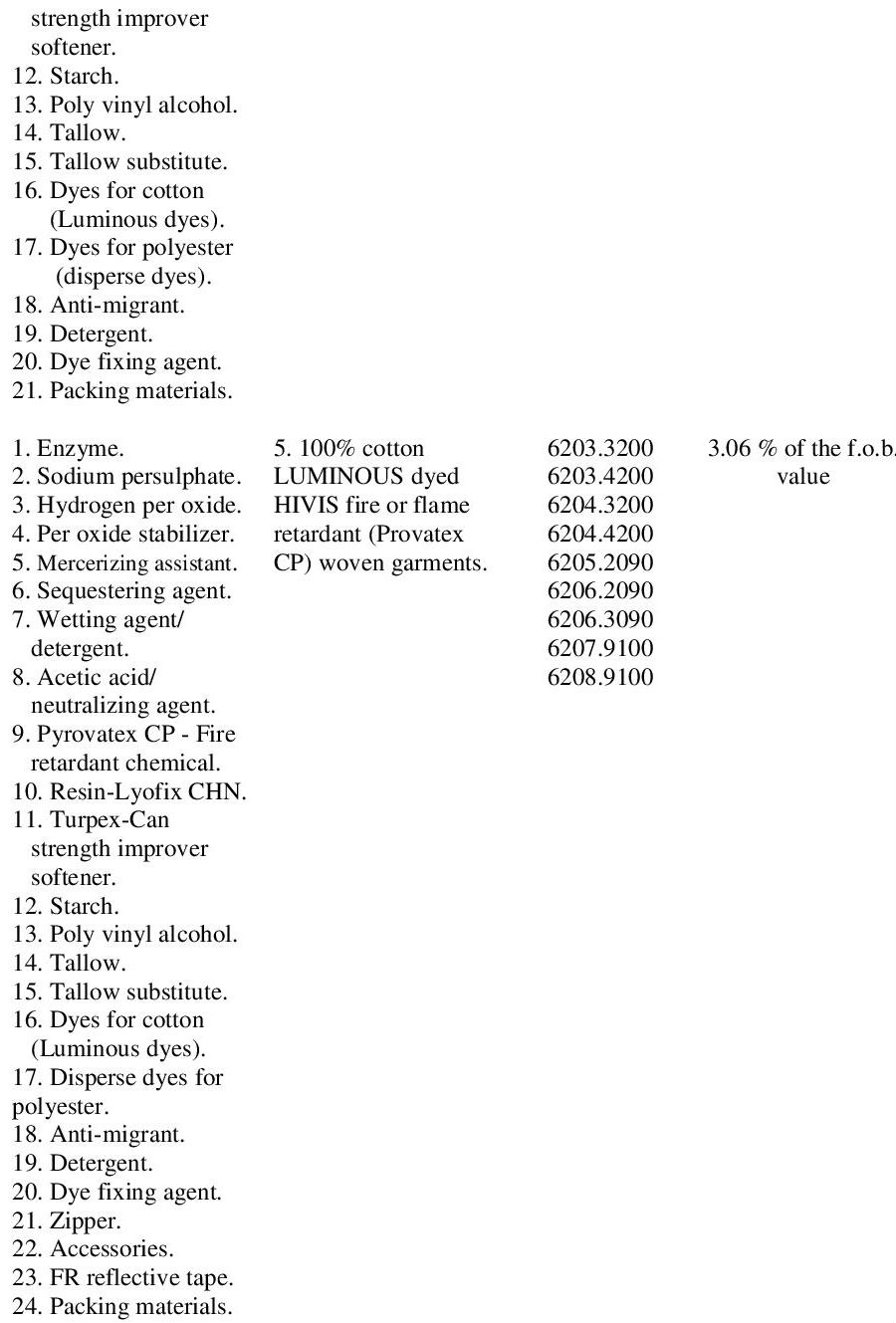 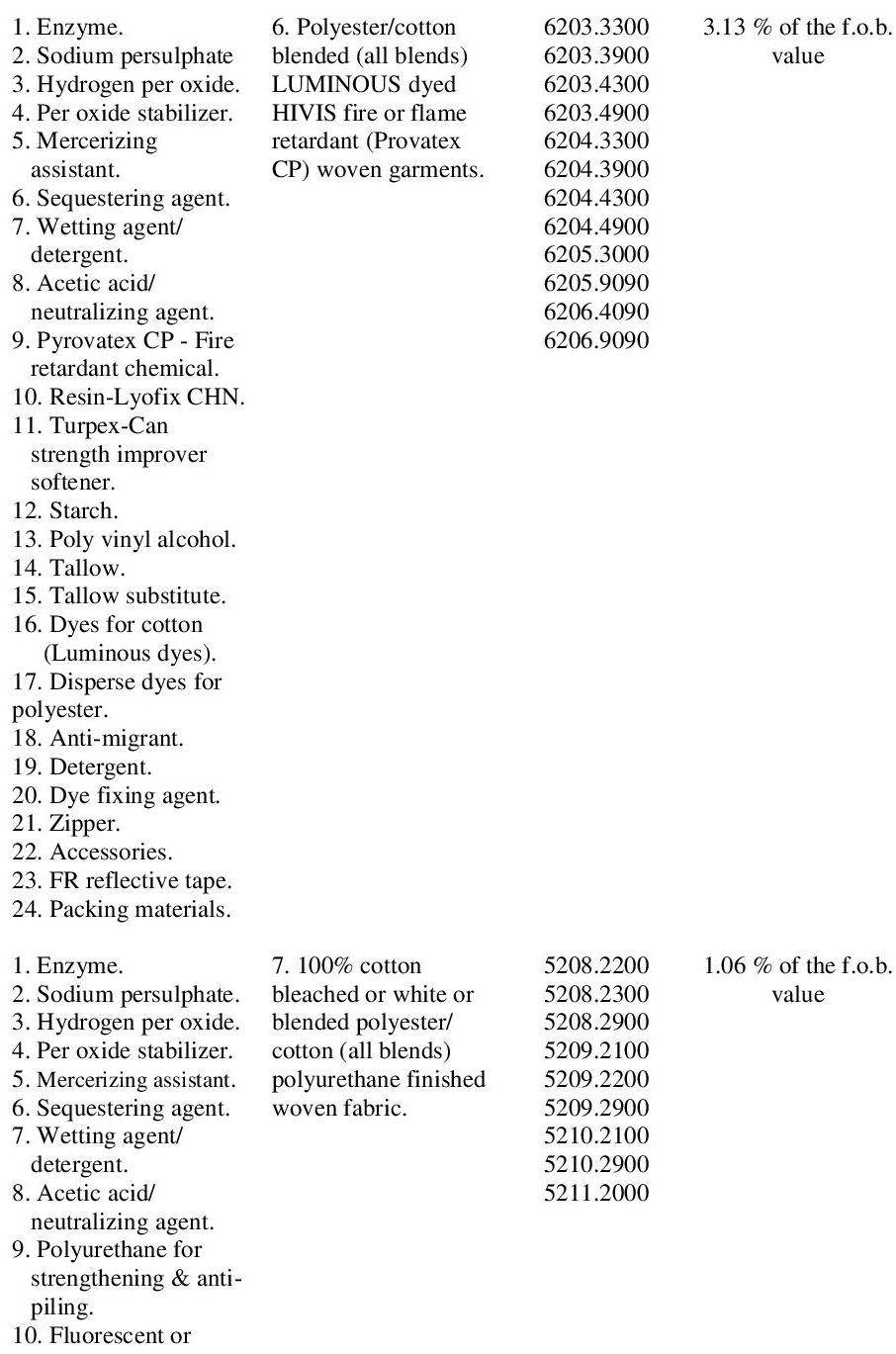 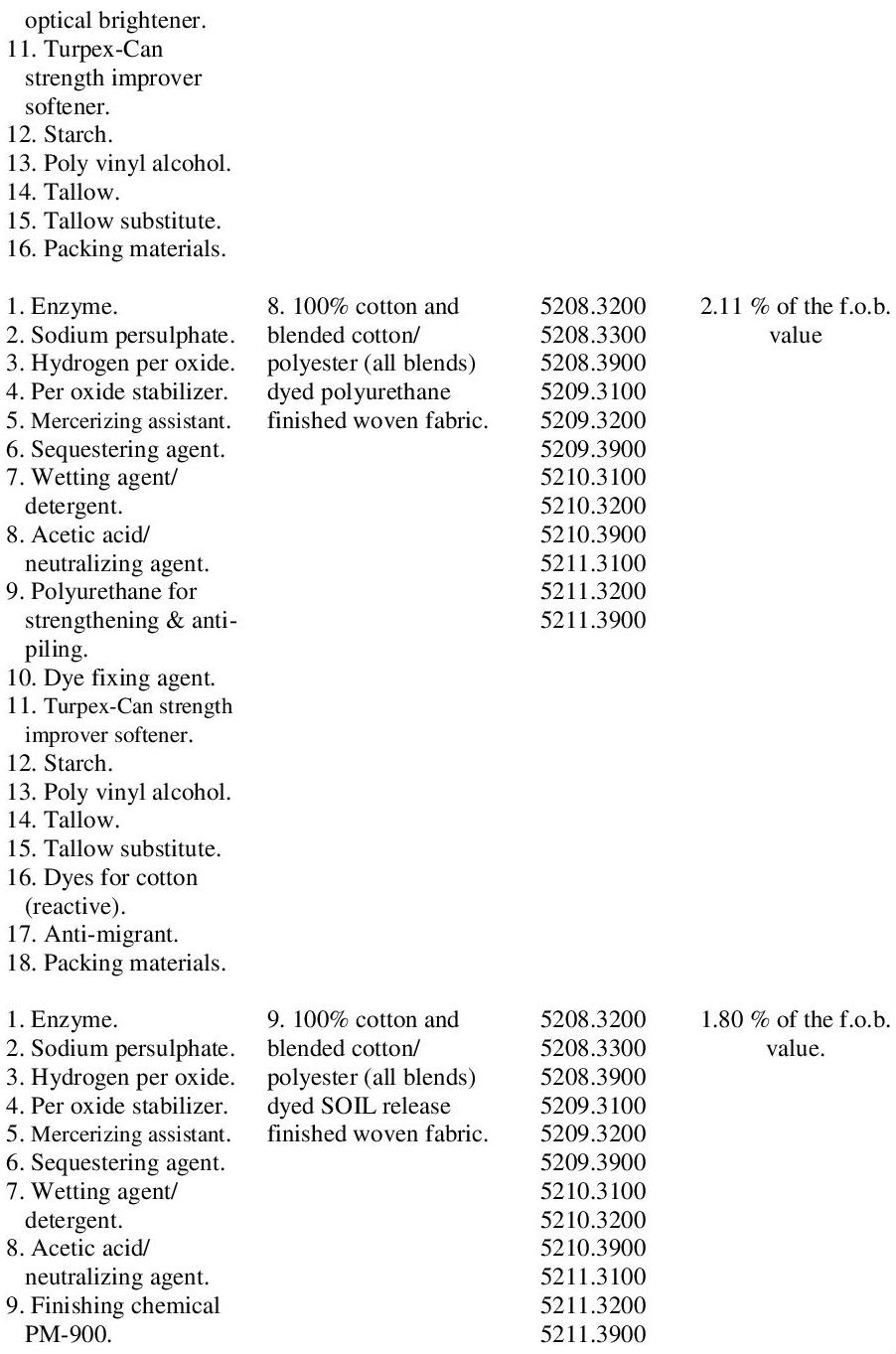 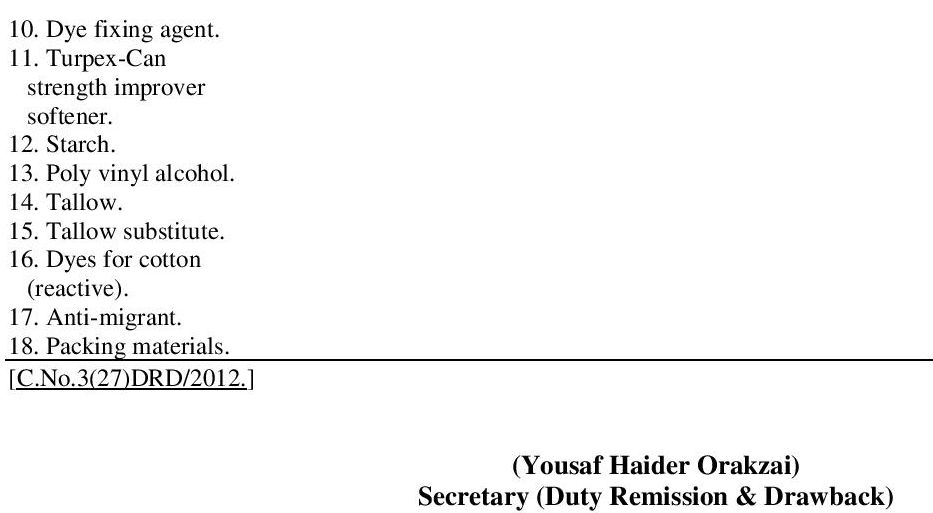