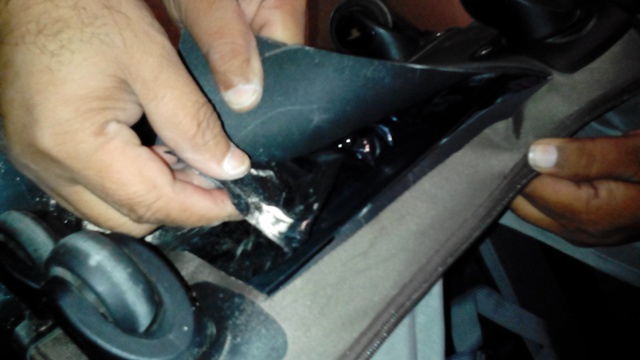 According to details, Customs DEC staff intercepted a Pakistani passenger Khawar Sardar at the International Departure Hall of the Jinnah International Airport, Karachi prior to his boarding Sri Lankan airlines Flight UL-184 for Colombo. When the passengers did not furnish satisfactory replies to Customs questioning, his baggage was thoroughly examined which led to the recovery of 700 grams fine quality Heroin that was artfully concealed in trolley bags and a laptop that were being carried by the passenger. During preliminary inquiries the accused passenger disclosed that he was basically a rickshaw driver who switched over to drug trafficking for quick financial gain.
Consequent upon recovery and seizure of contraband narcotics, the accused passenger has been arrested and a prosecution case under Control of Narcotics Substances Act, 1997 has been registered against him. Further investigations are in progress.