KARACHI: Customs Appraisement South has implemented the valuation guidelines of 133 items at all the three collectorates in south region to prevent massive leakage of revenue.
According to details, Chief Collector Customs Appraisement south Nasir Masroor had initiated an exercise involving Customs Appraisement East and West Karachi to streamline the valuation data. For this purpose 30 officers comprising Deputy Collectors and Assistant Collectors from these three collectorates were assigned this task.
These 30 officers after detailed deliberations and having many sessions prepared these guidelines, which are hoped to eliminate under-invoicing to a great extent.
It may be mentioned here that earlier a list of 96 items has already been implemented at all collectorates.
Collector Appraisement West Mohammad Saleem, Collector Appraisement East Najeeb Abbasi and Collector Port Qasim, Agha Jawwad as well as Additional Collectors Dr. Iftikhar, Afzal Wattoo, Fayyaz Rasool and Mohammad Tahir and Irfan Javed supervised the entire exercise.
The guidelines have already been forwarded to Directorate General of Customs Valuation and FBR for implementation throughout the country.
Importers and clearing agents in south region have suggested that these guidelines should be implemented in the entire country on all ports so that a level playing field could be provided throughout the country.
It is believed that the data was corrupted since 2005 as the online system was introduced in Pakistan Customs as no valuation rulings were available for these items and importers cost billions of rupees to national exchequer by paying heavy bribes to customs officials.
Recent administrative changes brought in the top administration in the Customs have helped in preventing such losses. Prior to this as per sources claims about Rs400,000 to Rs600,000 per month was a fixed amount to be paid to senior customs officers as bribe for retaining posts at assessment halls just to have share in ill gotten money on these items.
A senior officer of Pakistan Customs said that the officers at assessment hall were disturbed over the latest development and afraid of department inquiry to be initiated by the FBR. The officer said that the department was not intended to take immediate action because 90 percent of staff posted for assessment was allegedly involved in corrupt practices.
It is worth mentioning that in 2009-2010 the then Collector PaCCS Nisar Muhammad, present Member Customs, had intimated the FBR about this data corruption but no one at the high-ups bothered to take notice of this mega and organized corruption and huge duty evasion. 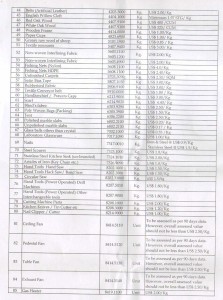 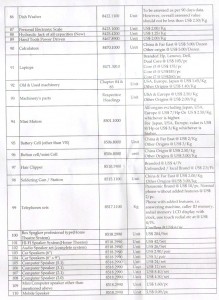 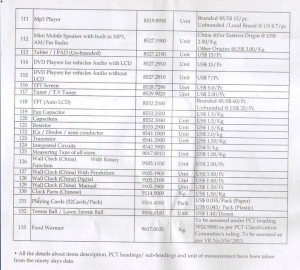